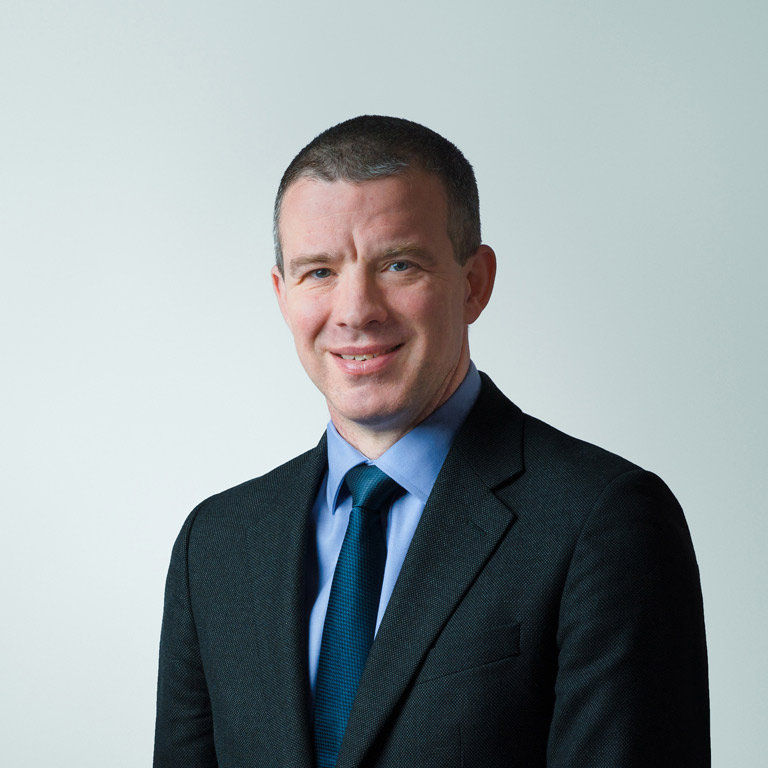 Nick specialises in applications to relocate children (within the UK or abroad) and deals with financial proceedings from the family court to complex High Court proceedings involving third party interests and trusts.

Nick sits as a Recorder in family cases.

Nick deals with all aspects of private law children proceedings, with a particular specialism in relocation applications, both within the UK and internationally.

He has appeared in many significant relocation cases, both being led by a QC and appearing alone, at first instance and in the Court of Appeal.

In addition to relocation cases, Nick deals with contact and residence proceedings, often involving difficult factual issues, such as physical or sexual abuse, or involving allegations of parental alienation.

Nick is regarded as a tough advocate, particularly when cross examining expert witnesses.

Nick has experience in dealing with complicated applications involving children born through non-conventional IVF (such as JK v HS & KS [2015] EWFC 84, High Court (Family Division); Theis J) in which Nick represented the child at the centre of a dispute between two mothers and her biological father).

Nick has a wide ranging practice in financial cases, from general cases in the family court to very complex High Court proceedings.

Nick is frequently involved in proceedings relating to cohabiting couples, whether in relation to interests in properties or under Schedule 1 to the Children Act 1989.

Nick regularly drafts pre-nuptial agreements and has been involved in litigation relation to such agreements.

Nick is recommended in Chambers and Partners under ‘London (Bar), Family: Matrimonial Finance’ and is regarded as ‘an excellent advocate who is calm and unflappable and always spot-on with his advice’.

Nick is frequently involved in cases involving multiple properties, whether owned within corporate or business structures or in trust and regularly deals with complex tax and accountants’ reports.

During 2017 Nick was involved in a lengthy and complex High Court case, regarded by the judge, Moor J, as ‘one of the most remarkable cases I have heard’: R v B and Capita Trustees [2017] EWFC 33 High Court (Family Division); Moor J in which the court made an order reducing the husband’s ‘needs’ based claim because of his proven conduct.

Nick is regarded as a specialist in child abduction cases, and cases proceedings under the Brussels II Revised Regulation.

He has been involved in numerous leading cases, at first instance, in the Court of Appeal and twice in the Supreme Court (once led by Anthony Kirk QC, once appearing as leading junior with Katy Chokowry).

Nick has represented applicants, respondents and children and frequently appears against leading counsel.

Nick has been involved in several important cases on the recognition and enforcement of custody orders made in other European countries.

T v E (Refusal to Order Return) [2016] EWHC 3148 (Fam) High Court (Family Division); MacDonald J
Successfully opposing a return to Turkey on the basis of the impact upon the child of the likely deterioration in the mother’s mental health following a finding that she suffered from PTSD. This is the first reported case since S (A Child), Re [2012] UKSC 10, in which Nick also appeared, where the court has upheld an Article 13(b) defence based on the psychiatric impact on the mother.

D (A Child) (International Recognition) [2016] EWCA Civ 12 Court of Appeal
Acting for the child in the appeal against the order of Peter Jackson J in MD v AA & Anor [2014] EWHC 2756 (Fam). The Court of Appeal upheld the refusal of the judge to register and enforce a Romanian custody order, on the basis that the six year old child had not been engaged in the proceedings in Romania, holding that ‘The opportunity for a child to be heard requires an age-appropriate enquiry into his wishes and feelings to enable the decision-maker to understand the child’s distinct point of view. The child’s entitlement to a voice is a fundamental procedural principle in our system.’

Re NA (Dismissal of Application Under Hague Convention) [2015] EWHC 3686 (Fam) High Court (Family Division); Holman J
Decision concerning an application to return the child of a failed asylum seeker to Belgium in circumstances where the Home Office had failed to effect the repatriation of the family, and where the Belgian authorities were no longer bound to allow the child to enter Belgium

F (Child’s Objections) [2015] EWCA Civ 1022 Court of Appeal
Successfully acting (against leading and junior counsel) for the appellant in a child abduction case considering the ‘child’s objections’ exception to the summary return of children to Australia. This case is the current leading authority on the meaning of ‘objections’. Leading counsel instructed on behalf of the Respondent.

MD v AA & Anor [2014] EWHC 2756 (Fam) High Court (Family Division); Peter Jackson J
Acting for the child on an application for/ appeal against the recognition, registration and enforcement of a foreign custody order under Article 23 of Brussels II Revised

FQ v MQ & Ors [2013] EWHC 4149 (Fam) High Court (Family Division); Hogg J
Acting for the children on an application for the summary return of children to America. Nick appeared alone against leading counsel instructed on behalf of both parents.

S v C [2011] EWCA Civ 1385 [2012] 1 FCR 172, [2012] Fam Law 261; Court of Appeal
Successfully acting for the appellant in a child abduction case where the first instance judge had found that the child should not return to Australia pursuant to Article 13(b).
Nick conducted this case on his own and against James Turner QC from 1kbw in the Court of Appeal.

F (A Child) [2009] EWCA Civ 416 [2009] 2 FLR 1023, [2009] Fam Law 785; Court of Appeal
Appeal against the decision of the judge to allow a child to remain in the UK based on his objections and consideration of the rights of custody of an unmarried Polish father.
Nick appeared alone at first instance and in the Court of Appeal against leading counsel.

Nick is a qualified mediator. Since his practice includes both children and financial cases, he is happy to mediate in all areas, including in relation to cohabitees.

Nick accepts direct access work, and is happy to be involved in both financial and children proceedings.

"Nick specialises in applications to relocate children (within the UK or abroad) and deals with financial proceedings from the family court to complex High Court proceedings involving third party interests and trusts.”

‘a down to earth advocate who relates well to clients’ and about whom solicitors have said ‘he has constantly been the source of excellent advice and shows a willingness to go the extra mile for us and our clients’. – Chambers and Partners, 2016

Nick regularly speaks at conferences and events organised by 1KBW and by other organisations such a Jordans and LexisNexis. In 2017 Nick and Frank Feehan QC from 1kbw conducted a webinar on The European Maintenance Regulation.