We are delighted to announce Harry Oliver has been appointed Queen’s Counsel. 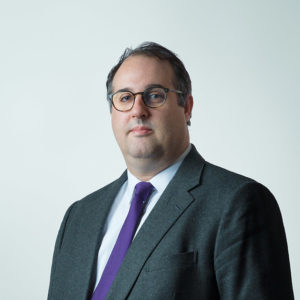 Harry specializes in divorce, financial remedies and provision under Schedule 1. His cases regularly involve ‘big’ and ‘very big’ money (including with assets up to £3bn).

He represents individuals, trusts and companies and has advised on overseas divorces including in Jersey, Guernsey, Cayman, Gibraltar, Hong Kong and Isle of Man. He is instructed to advise on pre-nuptial agreements including with international dimensions. Harry has been an expert witness on English law in foreign proceedings.

Harry was in 2018 again awarded Family Law Junior Barrister of the Year, by Chambers & Partners. This is the second time he has won this award, previously holding it in 2013. He was shortlisted as one of three finalists in 2012. No other barrister has ever won the award twice, and only one other has been nominated three times.

“A financial wizard, who is on top of the numbers and can produce schedules and prove arguments very quickly.” “His ability to understand the most complex of problems is second to none. He gets to grips with numbers in a way that you don’t see with other junior barristers, and he is ferociously good as an advocate.”  – Chambers & Partners, 2020

‘ Technically brilliant, charismatic, the utmost attention to detail, has the ear of the court, fantastic judgment and always thinking steps ahead of everybody else.’  – Legal 500, 2020 – Tier 1