This article was first published on Lexis®PSL Family on 10 May 2018.

What are the practical implications of the case?

The decision re-emphasises the importance of following the strict rules, in primary legislation, that govern the commissioning and instruction of expert evidence for use in proceedings involving children, whether private or public law. The court re-stated the reasons for the rules and warned against the dangers of parties ‘shopping’ for an opinion they might want.

Practitioners are reminded that, in appropriate circumstances, findings of fact can be challenged on the basis of evidence of a new opinion or new evidence.

What was the background?

From 2012, the father of two sons was trying to obtain contact with them. This involved proceedings to locate them when the mother moved away.

The boys were medically examined as part of the police investigation and no physical evidence of abuse was found. The mother insisted that hair-strand testing should be carried out to discover if they had ingested sedative drugs, and low quantities of drugs were found.

The judge found that, when the mother thought that she and the boys were not going to be believed by the police and other agencies, she had decided to administer the drugs in an attempt to show that the father had sedated them to enable him to abuse them.

However, she unilaterally instructed Cansford Laboratories to report on the test results, and instructed new solicitors. Neither she nor they told Cansford of the court proceedings. The lab was sent the toxicologist’s report and questions. No letter of instruction was sent. The lab’s conclusion was that it was not possible to determine the exact period that the hair samples covered, and it was possible that some traces of drugs were from an earlier period, or from accidental or environmental exposure.

The mother applied to file the Cansford report, which the judge did not permit as he had relied on far more than just the toxicology results in making his findings. He found the mother to have been in clear breach of section 13 of the Children and Families Act 2014 (CFA 2014).

The issue of the admission of new expert evidence and the application for a re-hearing were considered together. The breaches of CFA 2014, s 13, and the case management directions were set out.

The effect of instruction without permission is that the expert evidence is inadmissible unless it is admitted as a result of one of the matters listed in CFA 2014, s 13(7), of which the interests of fairness and the welfare of the child are the most important. This was fully considered in the judgment. In this case, the expert evidence could not have influenced the result of the case.

What did the court decide?

The Court of Appeal refused the mother’s appeal against:

The court also refused her permission to file the Cansford evidence as fresh evidence in the appeal.

Her attack on the finding was said to be supported by the Cansford opinion questioning whether the drugs were in fact administered before the date found by the judge.

However, crucially, the appeal did not seek to overturn the central finding that neither the father, nor anyone associated with him, had sexually or physically abused the boys. The basis of the decision was that the judge had properly considered her application for the court to admit the evidence of Cansford and had applied the correct test.

The Court of Appeal went on to refuse to admit the Cansford evidence as fresh evidence. The court considered the Ladd v Marshall [1954] 3 All ER 745 principles on this issue, ie: 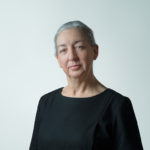 Cherry Harding is a specialist in all aspects of the law relating to children and children’s rights. She has experience in all aspects of the field; adoption, including inter-country adoption, care proceedings, where she acts for parents, local authorities and the children, child abduction, removal from jurisdiction and private law applications. Her cases frequently include issues of the most serious issues of significant harm to children, where the family history includes addiction, mental ill-health personality disorders. She often appears in the High Court and the range of hearings she has been instructed in include, judicial reviews, inquests and in the Court of Protection. She has appeared in many very serious and high profile matters relating to children.