Decision of HHJ Middleton-Roy incorporating a useful overview of how best to approach cases involving a parent with Autistic Spectrum Disorder and the reasonable adjustments which may need to be made.

The case involved 5 siblings, A, B, C, D and E. The mother (“M”) is an autistic person, having been diagnosed with Autistic Spectrum Disorder part-way through the proceedings. The whereabouts of the father to A and B was unknown but he was believed to be living abroad following deportation. “F” is the father to C, D and E and was a party to the proceedings.

A final hearing was initially listed in May 2019. At that hearing final orders were made for A and B to be placed with the maternal grandparents under a Special Guardianship Order. A and B had been living with the maternal grandparents for almost 12 months by this stage, and M supported this placement. A final order was also made for C to remain in long-term foster care under a Care Order. Again this was supported by M and the Guardian. The Local Authority had sought for C to be placed for adoption, and F had sought for C to be placed in his care but neither of these proposals found favour with the Court.

The Local Authority, supported by the Guardian, sought to place D and E for adoption, together as a sibling group. This was strongly opposed by both M and F, and M had issued a Part 25 application for a further assessment by an Independent Social Worker on the basis that the majority of the assessments undertaken to date had been undertaken prior to her diagnosis of autism and/or without the necessary adjustments having been made.

The Court found that M’s diagnosis of Autism Spectrum Disorder was highly significant. Many of the features of M’s presentation which had given rise to concerns on the part of the Local Authority were features of this diagnosis. It was of particular note that in assessments with the social worker M presented as distressed and tearful, whereas her demeanour during the psychiatric assessment, where her needs and condition were properly understood, she presented as calm.

The Court concluded that the absence of a suitable, targeted and attuned assessment, having regard to M’s diagnosis, meant that sufficient weight could not be attached to the assessments which were before the Court and the Court could not be confident that final decisions could be made in the children’s best interests without further evidence. The submission made by the Local Authority and the Guardian that because M’s Autism Spectrum Disorder was diagnosed as being “mild” the impact on the assessment process should be disregarded, was specifically rejected.

Accordingly a direction for a further assessment by an ISW with specialism in Autism Spectrum Disorder was made at the final hearing in May 2019. The matter came back before HHJ Middleton-Roy for an IRH on 6 May 2020, following the receipt of evidence from the ISW and a Disability and Autism Consultant. Both parents had also engaged in Video Interactive Guidance. Having reflected on this evidence, the Local Authority revised its recommendations and proposed a Child Arrangements Order be made in favour of the mother and maternal uncle (who had moved into the property to assist M) alongside a 6 month Supervision Order. This was supported by the Guardian and both parents.

This judgment is perhaps most notable for the comprehensive overview provided at the beginning in respect of the difficulties which a parent with Autistic Spectrum Disorder might encounter and how the court system can best be adapted to account for this. A number of practical examples are given, as provided for in the Equal Treatment Bench Book published by the Judicial College. These are important considerations to keep in mind in all cases involving a party with Autism Spectrum Disorder, but may be of particular importance in the current world of remote hearings. Professionals will need to be satisfied that the remote nature of hearings does not detract from the need to ensure that autistic parents are able to participate fully in proceedings.

The judgment also highlights the importance of ensuring that where a parent is identified as having Autism Spectrum Disorder an appropriate, targeted assessment is undertaken. The outcome of such an assessment in this case was drastically different from the conclusions reached in the initial assessment where no adjustments had been made. It is vital that the difficulties faced by a parent with Autistic Spectrum Disorder, no matter how “mild”, are not overlooked. 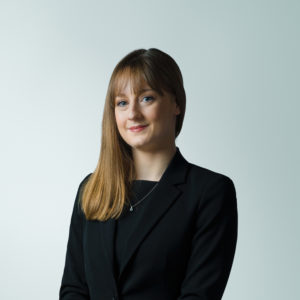