The Court of Appeal considered an appeal, and cross-appeal, raising issues about the interplay between the principles of need, sharing, compensation and undue hardship in financial remedy claims. 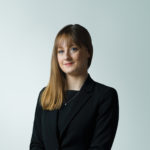 First Instance – A final hearing took place in September 2014, with a draft judgment being circulated in November 2014. There were then a number of further hearings to deal with additional points raised by the parties, and subsequent developments led the judge to alter his draft judgment in two key respects: to alter the amount which he had determined the wife needed in order to rehouse and to alter the rate of interest applied to the wife’s capital for the purposes of calculating her income needs.

The parties had agreed at the final hearing that their capital resources, including pensions, should be shared equally. They disagreed as to the extent of any maintenance payments to be made to the wife. The husband’s net income for the year 2013/2014 was just under £3million and was expected to be around £3.7million in 2014. The judge accepted that there were reasons for being cautious about it continuing at this level in the future.

The wife sought continuing spousal maintenance of £190,000 per annum plus a share of the husband’s bonuses awarded for the years 2014 to 2019 (payable until 2022). The husband proposed that the wife should receive spousal maintenance for 5 years (£80,000 for three years and £50,000 for two years) with a clean break.

Under the final order, the wife’s total capital award totalled £9.76 million (including 15% of the bonus paid in 2014 and 12.5% of the bonus paid in 2015). In addition, the husband was ordered to pay ongoing maintenance, on a joint lives basis, at the rate required to address the shortfall between the wife’s assessed needs (£175,000p.a.) and the assumed income (£100,000pa) which the judge had ascribed to her “free capital” (i.e. her capital award excluding the sums needed for housing and pension funds).

The Appeal – The wife advanced three grounds of appeal:

The husband cross-appealed on the ground that the judge failed to give sufficient weight to the clean break principle and ought to have imposed a term on any spousal maintenance.

The Court of Appeal’s reasoning – Lord Justice Moylan undertook a detailed analysis of the case law governing the principles of sharing, compensation and the clean break.  He reached the following conclusions:

a.     It is appropriate to separate the principles of sharing and compensation from that of need. Neither sharing nor compensation depend on any financial need being established.

b.     Earning capacity is not a matrimonial asset to which the sharing principle applies:

c.     The court must determine whether, and if so how, any award made in application of the sharing principle does or does not meet the applicant’s needs (including future needs):

d.     The compensation principle applies only where there is a disadvantage suffered by one party. It does not apply in situations where one party has sustained a financial benefit as a result of the relationship:

e.     In addressing the issue of undue hardship, the court must consider not only the shortfall between the applicant’s needs and the income generated by their capital, but also whether it would be fair to expect the applicant to deploy part of the capital award to meet their income needs.

The wife’s appeal was dismissed on all three grounds.

Outcome – The wife’s appeal was dismissed on all three grounds. The husband’s cross appeal was allowed and a term order of 5 years (expiring in March 2021) with a section 28(1A) bar was imposed.

Comment – Whilst it will be interesting to observe the wider impact of the court’s approach to the use of capital towards meeting a party’s income needs, it appears that this approach will apply only in cases where there is a surplus of capital assets, over and above the parties’ capital needs. In those cases where the parties’ housing needs are the determining factor in any capital division, ongoing spousal maintenance is likely to remain the only way in which income needs are able to be met.