This is a judgment of Lieven J at a fact finding hearing relating to allegations of non-accidental injury. The judgment concerns the decision as to whether to proceed with lay evidence remotely, or whether to adjourn the case having heard the medical evidence. On the facts of this particular case, the technology had already been proven to work and there was confidence that both lay parties could use it effectively. The Judge thus concluded that it was appropriate to continue with the case remotely and not to adjourn by reason either of the remote hearing, or of the Father’s mental state.

Further, the judgment addresses the issue of witness demeanour in fact finding hearings. Lieven J adopts a nuanced approach in concluding that it is not possible to say as a generality whether it is easier to tell whether a witness is telling the truth in court, rather than remotely.

The case concerned an application by the Local Authority for a care order in respect of SX, a four-year-old child. In April 2019, his two-month-old sister, AX, died at home of unknown causes. The post-mortem and subsequent investigations established that AX had sustained 65 fractures to various parts of her body, in addition to subdural and retinal haemorrhages, and injury to the brain. The Local Authority were granted an Interim Care Order and SX had been living with foster carers since then.

The matter came before Lieven J at a 15-day fact finding hearing. Over the first 5 days, the court heard medical evidence from expert witnesses via Zoom, which had worked “reasonably smoothly”. The issue was how lay witness evidence could or should proceed. Initially, all parties urged the Judge to continue with the lay evidence remotely. However, the Father subsequently informed his lawyers that he had presented at A&E feeling suicidal and had since felt unable to participate in the hearing.

The Father was permitted to file a psychiatric report regarding his litigation capacity and mental state in terms of whether he could continue to participate in the hearing. The report concluded both that the Father had litigation capacity, and also that he was able to participate in proceedings, to give witness evidence and submit to cross examination if called on to do so.

Key aspects of the decision

Lieven J conducted an analysis of the recent decisions concerning remote hearings, namely the President’s decision of Re P (A Child Remote Hearing) [2020] EWFC 32 and the two Court of Appeal judgments of Re A (Children) (Remote Hearing: Care and Placement Orders) [2020] EWCA Civ 583 and Re B (Children) (Remote Hearing: Care and Placement Orders) [2020] EWCA Civ 584. In particular, Lieven J addressed the thorny issue of the weight that should be attributed to the demeanour of witnesses and whether a judge will be in a less good position to judge whether or not the witnesses are telling the truth if the case is being heard remotely. Important observations are at paragraphs [23] to [29]:

From paragraph 30 onwards, the Judge sets out in detail the factors to be applied in deciding whether a fair [remote] hearing can go ahead, as outlined by the Court of Appeal in Re A. Of particular importance on the facts of the instant case were the following:

Taking all factors into consideration, Lieven J concluded that it was appropriate to continue with the case remotely and not to adjourn by reason either of the remote hearing or of the Father’s mental state [53]. Of crucial importance was the fact that the technology had been proven to work in this case and that the Judge was confident that the Mother could use it effectively. Equally, the Father had the technology available to him and at the outset of the hearing, he seemed to be coping well with this. All references to the documents in the case would be read to the Father. In any event, the Judge emphasised that she would keep the matter under very careful review.

In relation to the Father’s mental state and the technology, the Father had expressly stated that he wanted to give evidence remotely, and that this would decrease the stress on him. The Judge thus concluded that the remote nature of the hearing was not the impediment to the Father’s participation [54].

On the separate but related issue of whether or not to adjourn by reason of the Father’s mental health, the starting point was the psychiatrist’s 2.5 hour Zoom interview with the Father. This gave a good guide as to how he would cope with cross-examination. The stress of giving evidence and being cross examined could not alone be a reason for not going ahead with a trial of this nature [58]. The Father’s ill-health was not a good ground to adjourn the matter, but the Judge would carefully monitor the parents’ ability to participate fully in the hearing and would continually revisit the issue of the fairness of proceedings [59].

This judgment is one of many recent and fact-specific COVID-19 cases in which the court must make difficult decisions about the importance of proceeding with cases in order to achieve the welfare of children whilst protecting the fair trial and broader interests of the parties and witnesses. 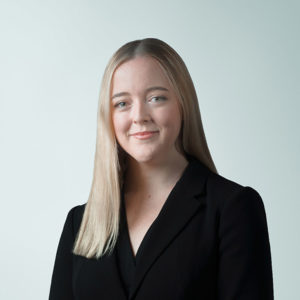