Costs of Sale – The mystical 3%

One of the first tasks of any judge dealing with a matrimonial finance dispute is to compute the net value of the assets. In many, or most, cases the most valuable asset, and the asset around which the entire dispute will hinge, is real property – a family home, a series of investment properties and so on. 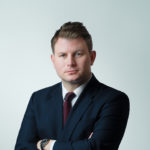 To pinpoint the true net value of such an asset means carefully valuing the property to discover the realistic selling price, ascertaining the outstanding mortgage balance, calculating the extent of CGT that would accrue, subject to any exemptions, and considering  whether such property is beneficially owned by any third parties. An important aspect of this process is the deduction of notional costs of sale. These are the costs of actually selling the property, principally estate agents charges, and the costs of conveyancing solicitors and their disbursements. Currently, most judges make a notional deduction of 3% of the gross sale price of the property in question.

The reality of modern costs of sale

My wife and I flirted recently with moving home. In the end we decided to stay put. But one aspect of the process intrigued me: After speaking to a few of the usual estate agents, we gave serious consideration to using a fixed fee estate agent. They would provide all of the services of a conventional agent, including floorplans, photographs, showing the home, dealing with offers and so on. However, rather than taking a percentage commission for the sale price they would do all of this for a fixed fee of £1500.

When we asked how and why they departed from conventional estate agency charging rates, the agent replied that, whether selling a house for £5million or £250,000, the actual work done was not dissimilar – principally dealing with photographs, floorplans, viewings, and negotiation. The same work would be done whether the house was worth a little or a lot.

Therefore, the fixed-fee agent told me, his company decided to charge fixed rates and their business model was that many people would be (understandably) attracted by it, leading to a high volume of sales and therefore a profitable business.

The proliferation of these fixed fee agents has created a real sense of competition for conventional estate agents, many of whom now realise that they cannot get away with charging 2% commission (or more), especially on properties that will sell for more than £500,000. The commission charged would outstrip the fixed fee to such a degree that the market would react adversely and customers would look elsewhere for better rates. Consequently, many agents have now reduced their commission charges for properties over £500,000 to around 1% or 1.5%. Given the increases in Stamp Duty Land Tax, customers are looking to save costs wherever they can, and the idea of giving tens of thousands of pounds to estate agents seems archaic, especially now that the vast majority of buyers search for, and choose, property using websites such as ‘Rightmove’, ‘Zoopla’ and ‘Prime Location’.

Many (perhaps most) conveyancing solicitors also now offer fixed fees, and most solicitors will deal with the sale of a property for around £1000, at a fixed rate.

In certain cases, lawyers should also be arguing that discounting 3% of the gross value of a property, regardless of what the property is worth, is divorced from reality.

So, the modern costs of sale of a property can be, and are often, kept to a minimum. The cheapest option is fixed fees for agents and for solicitors, which may cost not more than £2500 combined, and even conventional estate agents are unlikely to charge more than 1.5%, with solicitors charging no more than a couple of thousand pounds.

Is the 3% figure fit for purpose?

Have matrimonial finance practitioners kept up with this? In my view they have not. The courts are routinely still using a notional costs of sale figure of 3% – regardless of the value of the property. When we consider the net values of properties in court, we often take great care to ensure that the net values of properties are ascertained accurately: instructing chartered surveyors to value the property, instructing accountants to calculate precise CGT figures, and so on.

And yet, we blithely use a 3% costs of sale figure that, in all likelihood, bears no relation to the costs of sale in the real world. In many (if not most) parts of London, a 4 bedroom family home will sell for at least £1.5million. If a 3% costs of sale figure is applied to a sale of £1.5m, the costs of sale will be an enormous £45,000. Given the option of selling such a property for fixed fees of only £2500, one wonders who would instead choose to spend so much money on estate agents and conveyancing solicitors – particularly if they are sharing their assets after a divorce and need to use their share of the net sale proceeds in order to purchase a new property.

The mystical figure of 3% appears to have come from nowhere, save for conventional usage. It is often cited in court as if using 3% as the costs of sale is a requirement, or something that a higher court has explained and prescribed in a previous judgment. This is not the case. When calculating the investment and amortisation yield of ‘Duxbury’ funds after capitalisation of periodical payments or when assessing whether a person can meet their needs from their income-generating ‘free capital’, it is always open to lawyers to argue that the court should depart from the conventional Duxbury yield of 3.75%. In many cases, the court has, on the evidence, chosen to depart from the conventional yield figure. It seems to me that, in certain cases, lawyers should also be arguing that discounting 3% of the gross value of a property, regardless of what the property is worth, is divorced from reality.

As indicated above, there does not appear to be any case in which 3% is stated to be accurate or reasonable. There are merely indications from judges that it is the convention to use a figure of 3%. See for example: Wilson LJ in Behzadi v Behzadi [2008] EWCA Civ 1070 at para.7.1:

‘…in the absence of evidence to the contrary, they should be taken at the percentage nowadays conventionally taken in respect of the sale of real property in England and Wales, namely 3%.’

Take note of what Wilson LJ said in Behzahdi. The court was not prescribing 3% as the correct figure. It was merely stating it to be a conventional figure. Moreover, if the court is presented with clear evidence to the contrary, the court should be inclined to depart from this convention. This means that in any case where using a 3% costs of sale figure is unrealistic or disadvantageous, we should always be prepared to provide evidence (eg: local agents’ commission rates) that the figure should be lower.

Cohabitation: An Introduction to Schedule 1 and ToLATA