Decision of The Honourable Mr Justice Cobb that the respondent had deliberately breached the terms of a freezing order by using a company bank account for his personal expenditure including his legal fees.

The parties had five children but never married, separating in 2018. There are three sets of substantive proceedings: welfare proceedings under the Children Act 1989, Schedule 1 proceedings and ownership proceedings in relation to shares in the company Pier (whose main asset is the former family home).

The application made by MM (the mother) before the court was for any sanction the court may think fit for alleged multiple breaches of an order made on 22 March 2019 which froze the income and assets of the second respondent company Pier, of which PA (the father) was the director.

In November 2019 an order was made requiring PA to disclose company bank accounts which showed that he had used the company accounts to make payments of over £25,000 in respect of his personal living expenses and legal fees, including £18,000 which post-dated the making of the freezing order.

The previous application for sanction where findings were made against PA was subject to appeal and was set aside by the Court of Appeal on the basis that “as an unrepresented litigant he gave evidence without having been informed of his right to silence”.

Cobb J set out various procedural issues relating to the hearing, including that he would not deal with PA’s application to vary the freezing order, and would not deal with sanctions in the event that he made findings in respect of PA’s actions. He reminded PA he was not bound to answer questions which may tend to incriminate him.

MM’s case was that PA had used the bank account as his ‘personal piggy bank’ which included 563 withdrawals, including supermarket purchase within three days of the freezing order. Although some payments had been returned (e.g. legal fees) the account was still depleted by the sum of £13,015.94, which was accepted by both parties.

PA indicated that these payments were made in respect of company liabilities (namely, his salary of £8,500), in repaying loans to himself which had previously loaned to the company and £12,580 in discharging the company’s liability for legal fees. He stated any breach of the freezing order had been inadvertent.

The judge found that PA’s narrative was implausible, contrived and disingenuous, and that he had at all times deliberately removed sums intending to use these for his own benefit. The judge stated it was obvious the sums had been used for his own ends.

On the director’s salary, the judge stated:

On the repayment of the loan, the judge stated he conjured up the obligation to repay the loan.

On the legal costs allegedly owed by the company:

In conclusion, despite there being a 750 page bundle there was no single document evidencing any obligation to pay the director’s salary, the existence of the loans or the bona fide legal costs.

Mr Justice Cobb found that, to the required standard:

i) PA breached the ‘freezing order’ of 22 March 2019 by making/procuring the transfers/payments set out in MM’s amended Application Notice (27 April 2020);

ii) Such breaches were deliberate – PA made/procured the payments knowing that they were in breach of the freezing order.

The question of sanction was adjourned to a date to be fixed however indicated it should be listed soon, not least because this court has made orders premised upon Pier having sufficient funds to pay for expert tax advice in order to quantify Pier’s liabilities (for the purpose of the Schedule 1 Proceedings), and family therapy (relevant to the Welfare Proceedings). 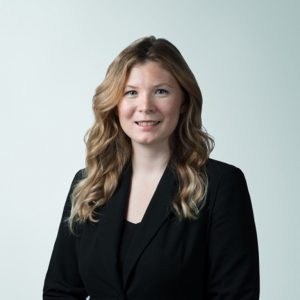