What’s in a name? Changing children’s names in the Family Court 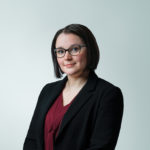 The applicant will need to demonstrate that a change of name will improve the child’s welfare and the reasons why a child was registered with a particular name are likely to be important. In recent years there has been an increasing trend to double barrel children’s surnames to reflect both the maternal and paternal sides of the family and support for this approach comes from the Court of Appeal in Re R (Surname: Using Both Parents) [2001] EWCA 1344.

When it comes to selecting forenames parents have a fairly free rein to name their children. In some cases this leads to creative, unusual and at times rather bizarre choices. Despite this it is much less common for the family court to consider applications to change children’s forenames. However, cases do arise where a parent’s choice of first name(s) for a child is considered harmful and the court is required to intervene.

This week the BBC reported the story of a French baby boy named ‘Jihad’ by his parents.

He is not the first French child to be given this name. The French courts are now considering what action to take, if any.

This is an issue which the family court of England and Wales has had to grapple with in recent times as well. In Re C (Children: Power to Choose Forenames) [2016] EWCA Civ 374 the Court of Appeal considered the mother’s appeal against a decision prohibiting her from naming her twin children Preacher and Cyanide. The court determined that there is jurisdiction to prevent a parent with parental responsibility from registering a child with the forename of his or her choice but that this power should be used only in the most extreme cases and only with the sanction of a High Court judge.

The mother had a long-standing diagnosis of a psychotic disorder and of schizophrenia which led to her older three children being removed from her care. The local authority obtained an interim care order and placed the twins in foster care very shortly after their birth. The midwife and the local authority were concerned by the mother’s choice of forenames for the twins and tried to work with her to encourage her to choose different names but she would not change her mind. The local authority applied under s100 of the Children Act 1989 to invoke the inherent jurisdiction to restrict the mother from registering the children with her choice of names.

His Honour Judge Sharpe sitting as a Deputy High Court Judge decided not to use the inherent jurisdiction but to make an injunction against the mother under s37 Senior Courts Act 1981 and made an order which:
declared that the local authority were permitted to restrict the extent to which the mother exercised her parental responsibility so as to prevent her registering the forenames ‘Preacher’ and ‘Cyanide’; and
made an injunction prohibiting the mother from so registering the children or referring to either of them by those forenames in contact.

When can the power of the parent be limited?

The Court of Appeal found that choosing a name and registering a child’s birth are acts of parental responsibility and that the local authority, by virtue of the interim care order in its favour, can limit the power of a parent to make major decisions regarding a child’s life. Whilst s33 CA 1989 requires consent of all those with PR or a court order to change a child’s surname, there is no such reference to forenames. Therefore the local authority could exercise its PR to prevent the mother from giving the children the names of her choice. However, given the importance of the issue and the highly unusual circumstances in which it is likely to arise the proper route is to put the matter before the High Court by way of an application to invoke the inherent jurisdiction.

The Court of Appeal approved the approach of Butler-Sloss LJ (as she then was) in Re D, L and LA (Care: Change of Forename) [2003] 1 FLR 339, where she said that the principles to be applied to change of name cases are the same regardless of whether a proposed name change relates to a forename or a surname. At 346 she said:

‘To change a child’s name is to take a significant step in a child’s life. Forename or surname, it seems to me, the principles are the same, in general. A child has roots. A child has names given to him or her by parents. The child has a right to those names and retains that right, as indeed, the parents have rights to retention of the name of the child which they chose. Those rights should not be set to one side, other than for good reasons.’