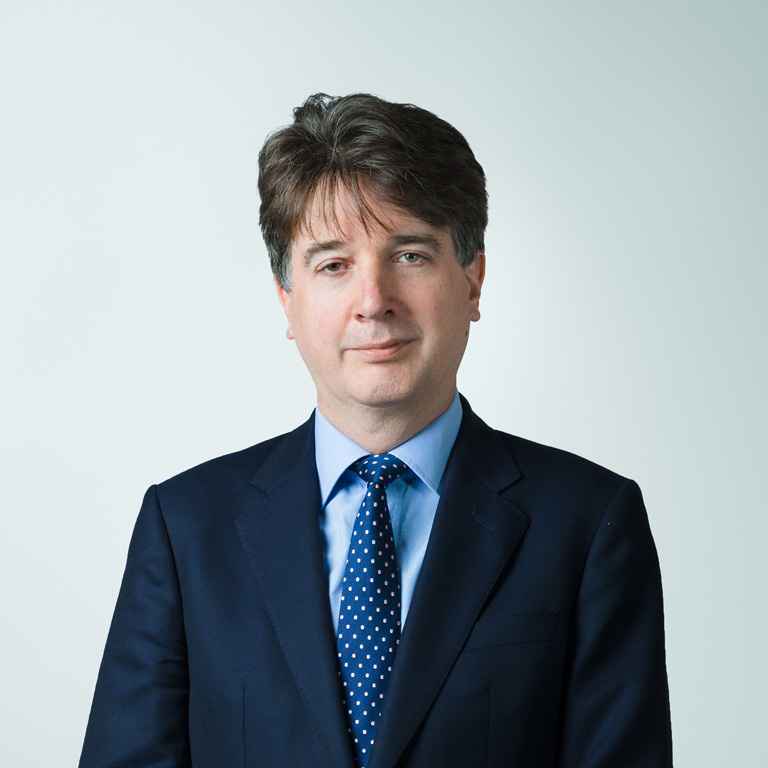 Richard Harrison QC is a specialist family lawyer with particular expertise in financial remedy applications and international children cases. He has been recommended for both finance and children cases in the Chambers & Partners Directory and The Legal 500 for a number of years. He is one of two silks ranked in Band 1 by Chambers and Partners for both matrimonial finance and children and was nominated for Family Law Silk of the Year in 2017.

He regularly appears in disputes involving assets in excess of £1 billion, offshore trusts and complex issues of jurisdiction.

Richard Harrison specialises in complex financial cases including those involving offshore trusts and difficult issues of enforcement. He has been involved in a number of high-profile cases including Aziz and Ecclestone v Stunt as well as several cases involving assets in excess of £1 billion.

He was previously involved in the Tchenguiz-Imerman litigation, Quan v Bray (‘the Chinese tiger case’) and Young. He appeared in the Mubarak litigation, which generated several reported authorities on different aspects of enforcement. He acted in Mohan, a leading Court of Appeal authority about judgment summons.

He also deals with applications under the Trusts of Land and applications under schedule 1 of the Children Act 1989. He regularly advises about and settles pre-nuptial agreements on behalf of high profile or high net worth clients.

He is a co-author of 1KBW on Trusts in Matrimonial Finance Proceedings and 1KBW on International Child Abduction.

Cases of interest include:

He regularly represents Reunite International and has also acted on behalf of the International Centre for Family Law Policy and Practice, whose patron is Baroness Hale of Richmond.

Cases of interest include:

Richard Harrison QC has expertise in relation to a broad range of private law children issues including international relocation applications and disputes over Child Arrangement Orders. He specialises in cases involving complex issues of jurisdiction and the enforcement of foreign orders under Brussels II Revised and/or the 1996 Hague Convention. He appeared in the House of Lords in Dawson v Wearmouth [1999] 2 AC 308, the leading authority on change of surname and has been involved in numerous jurisdictional disputes.

He has recently been involved in Lachaux, the leading Court of Appeal authority on the jurisdiction to make orders under the Children Act ‘in connection with’ matrimonial proceedings.

Cases of interest include

Richard Harrison QC has been appointed as a Deputy High Court Judge assigned to the Family Division of the High Court. He is also a trained collaborative lawyer. He is instructed by leading firms to undertake Private FDRs in financial remedy cases.

‘…widely regarded for his expertise in complex international child abduction cases. He is also sought after for the strength of his high-value matrimonial finance practice and has appeared in matters with a value of a billion pounds plus.’

“Richard has phenomenal analytical skills, which enables him to see the big picture and cut straight to the heart of the issue. Richard’s style of advocacy is understated and disarming yet phenomenally effective. There are very few advocates who can change the mind of a High Court judge, and Richard is one of them. ” – Legal 500, 2022

“A highly intelligent, thorough and user-friendly silk, with great judgement and who is always prepared to go the extra mile.” – Legal 500, 2022

“His ability to keep hold of the facts and apply the law to them is phenomenal. He has a huge brain which he uses to distil his arguments into bite-sized information that the judge is able to understand.” – Chambers and Partners 2021

“A man who really cares and fights for his clients, he is good both on paper and on his feet.” – Chambers and Partners 2021

‘The master of the understated approach. I have lost count of the number of times he has found the winning point buried in a mountain of paper.’ – Legal 500, 2021

His attention to detail is second to none. I have been in court when a judge has said that he has “encyclopaedic knowledge”. He is meticulous in his preparation and knows about every case in the history of international child abduction.’ – Legal 500, 2021

‘widely regarded for his expertise in both top-end matrimonial finance and complex children work. He is equally at home dealing with multibillion-pound divorces and international children arrangements.’ – Chambers and Partners 2020

“Very clever and technically extremely able, he will listen to the client and the client will feel as though they’ve been heard. His real skill is in the most complicated cases – he is tenacious in getting on top of the detail and is always reassuring.” – Chambers and Partners 2020

“He has utter mastery of very complicated international law.” – Chambers and Partners 2020

‘Richard Harrison QC is a devastating cross-examiner and he is super bright and assured in dealing with clients.’ – Legal 500 2020

‘…widely regarded for his expertise in complex international child abduction cases. He is also sought after for the strength of his high-value matrimonial finance practice and has appeared in matters with a value of a billion pounds plus.’ – Chambers and Partners 2017

‘Particularly devastating in cross-examination and the silk to have on side when you need to think creatively.’ – The Legal 500 2016

‘He is highly respected across a broad range of children law and matrimonial finance cases… He is particularly good on forum disputes.’ – Chambers and Partners 2014

‘The ‘superb’ Richard Harrison QC is expected to progress well following his appointment to silk in 2012. He is highly rated for both children law and matrimonial finance disputes…’ – Chambers and Partners 2013

‘Richard Harrison is equally good at both children and money work. ‘He is so good at whatever he turns his hand to that other barristers often go to him for answers,’ said one interviewee. Observers also note that ‘he is fiendishly clever, his paperwork is always meticulously prepared and he is excellent on his feet and with clients.’ – Chambers and Partners 2012

‘..skilled at both matrimonial finance and child abduction. Harrison ’commands the respect of the court’ and is particularly known for his Brussels II expertise’ – Chambers & Partners 2011

‘…ranks well beyond his call‘; ‘exceptionally clever, with incredible technical abilities‘. – The Legal 500 2009

‘…turns the heads of solicitors as he can ‘get on top of a hell of a lot of paper in a very short space of time’. He is ‘ one of the better counsel for dealing with a mix of children and finance in the same case,’ and is being seen in increasingly big cases. – Chambers & Partners 2009 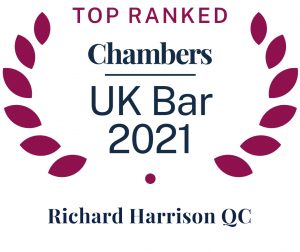